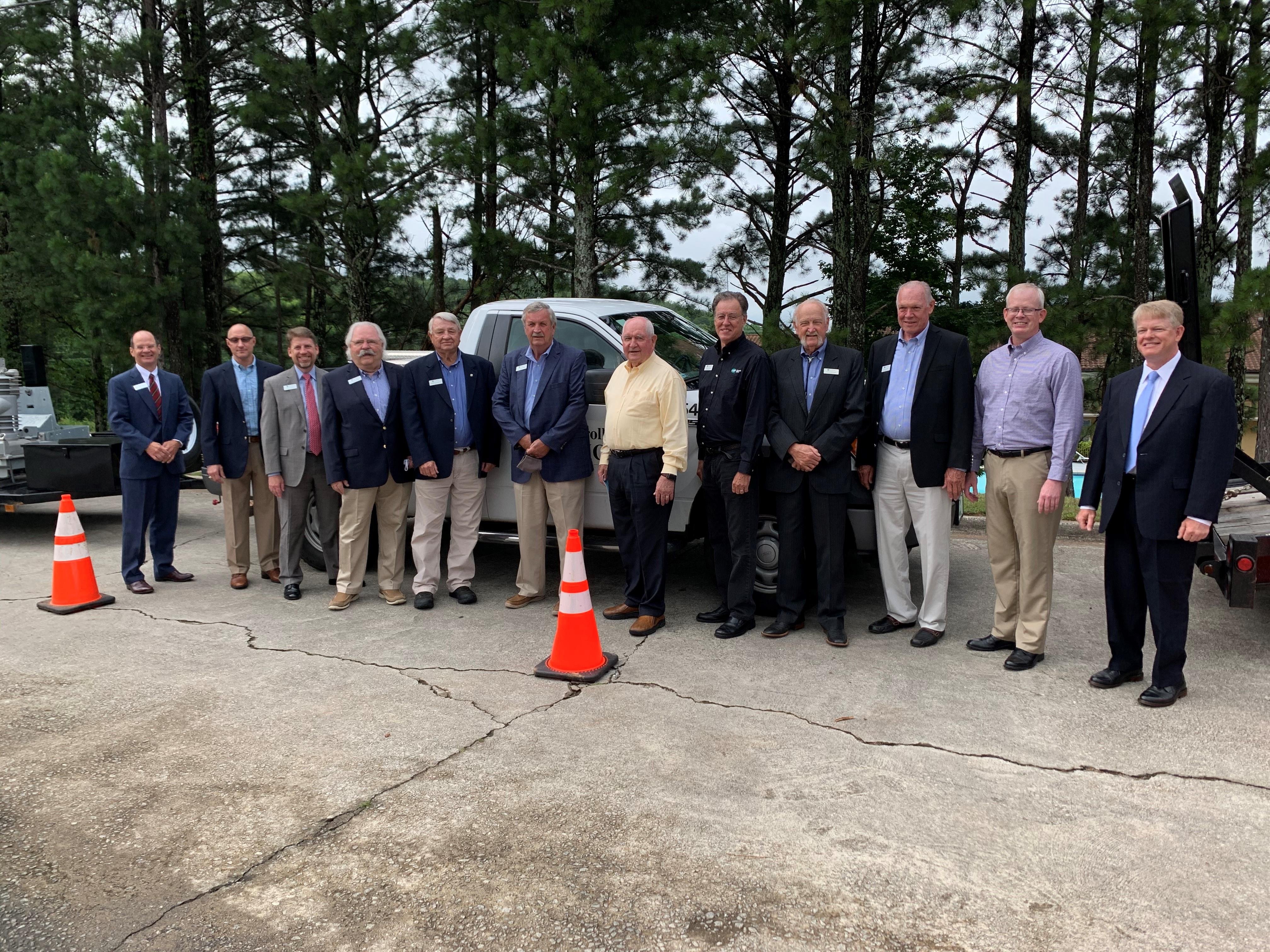 USDA Grant Brings Broadband to Region
Bremen, GA— Broadband deployment efforts by SyncGlobal and Carroll Electric Membership Cooperative are coming together with the announcement of USDA/RUS grant money awarded for the region. The official partnership to deploy fiber optic networks and broadband speed internet (up to 1Gbps) in the cooperative’s rural service territory was announced Thursday, June 25, at a kick-off celebration with Secretary of Agriculture, Sony Perdue. In attendance were Governor Brian Kemp, Agriculture Commissioner Gary Black, CEO of SyncGlobal Kyle Williams, President & CEO of Carroll EMC Tim Martin, many locally-elected officials, government agency leads and business community partners from multiple counties.
“I ran on connecting Georgia in 2002 because it is a transformative infrastructure,” said Sonny Perdue, U.S. Secretary of Agriculture. “It has the ability to bring people together, and that’s what we are trying to do…we need it [broadband] here. We need it everywhere.”

The Bremen-based telecommunications provider received $12.5 million in grant funds from the United States Department of Agriculture’s Broadband ReConnect Program. Coupled with matching funds between SyncGlobal and Carroll EMC, the initial capital investment will amount to almost $20 million for this first stage of deploying broadband. These funds will help to begin the extensive process of hanging fiber along Carroll EMC’s infrastructure. The project is slated to begin immediately upon authorization from Rural Utilities Service, a subdivision of USDA.

“20 years ago we started building SyncGlobal here at home, and we served hospitals, healthcare and businesses,” said Kyle Williams, CEO of SyncGlobal. “We did everything but serve homes, and we know homes were the missing ingredient. We stayed the course on focusing that effort, but we really needed the right partner to help with that, and of course that partner is Carroll EMC.”

Carroll EMC and SyncGlobal began separate journeys during the last 10 years to bring broadband internet to the rural region of western Georgia. By 2016, Carroll EMC helped commission a study conducted by area development authorities and the University of Georgia to determine what was needed to make broadband in rural Georgia a reality. The result was a local telecom/internet company and local electric cooperative partnering together beginning in 2018. The passage of Senate Bill 2 by the Georgia General Assembly and Governor Brian Kemp, along with USDA’s ReConnect Program, were the final catalysts to move this particular needle for rural broadband.

“In 2015, they [Carroll EMC Board of Directors] tasked me with finding a way to get broadband to our Members and into rural western Georgia,” said Tim Martin, CEO of Carroll EMC. “They recognized the need and said we have to find some way to help with this. We believe this project is going to be a springboard for future projects for western Georgia and a model for this state and around this country.”

The project has identified an initial footprint spanning across most of Heard County and southern Carroll County and follows scattered infrastructure into northern Troup County and across the Georgia state line into eastern Alabama. It will serve 125 square miles and more than 7300 residents, more than 200 farms and businesses, one school and four fire stations. Long term, the intent is to expand the fiber network and broadband speed internet access across all Carroll EMC territories and beyond.

“This project may not span all of Carroll County yet, but it certainly enters into some of the most underserved areas,” said Michelle Morgan, Carroll County Commission Chair. “Enterprise and utility systems are always easier to expand than build new, so I’m confident we’ll see this fiber reach other areas of our county and up into Haralson, Paulding and Polk counties sooner than later.”