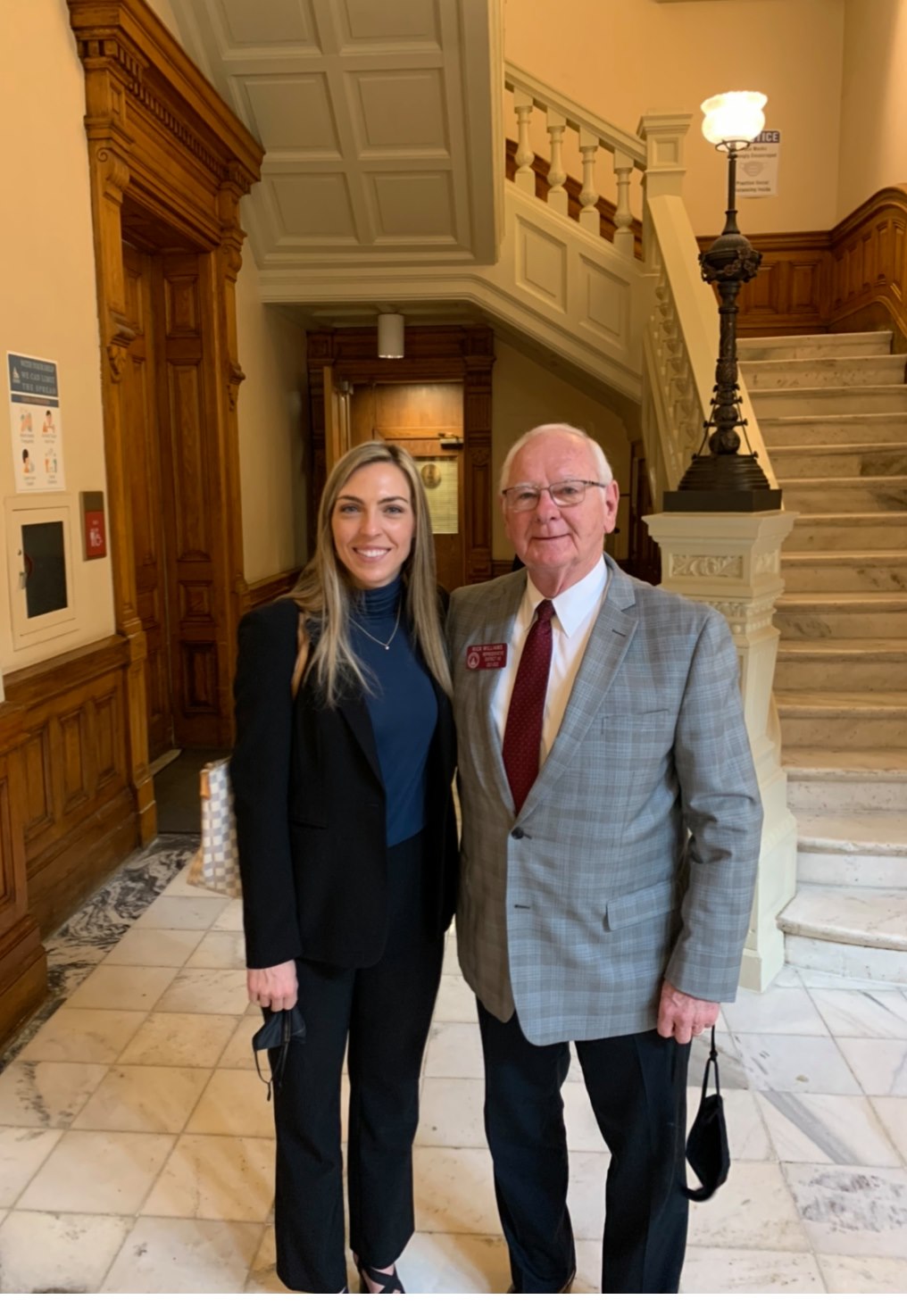 Miller Funeral Home is the FIRST funeral home in the State of Georgia to offer Human Aquamation! A Special Word From Mindy Miller-Moats, Funeral Director of Miller Funeral Home In March of 2017, I saw an ad in a funeral magazine for an Aquamation (alkaline hydrolysis) system. Not knowing much about the process, my research quickly began, starting with a phone call to the manufacturing company in Indiana. To my surprise I found a family owned and operated business, just like us. They told me the process became legal in Georgia in 2012, but there were no funeral homes offering it at that point. We were in the planning stages of building our new chapel, where we had intended to build a room to hold a crematory should we ever want one. After more research into this green, eco-friendly system, I was convinced this was the direction I wanted us to go and I wanted to use the family business I found in Indiana.

Our first step was to get approval from the city and this began with discussions with our Late Mayor Pete Bridges. He was so excited that we wanted to do this and proud that we would be the first funeral home to offer this in the State of Georgia!
After about a year of discussion, we moved forward with construction of our new chapel and ordered our machine. With our machine installed and ready to go, I applied for our crematory license in the Fall of 2019. I learned that while the process was legal, the code read that you had to also have a fire crematory on site if you wanted to operate an Aquamation machine. The advice I was given was to sell back my equipment to the manufacturer, install a fire crematory, or change the law. The first two were not options I was willing to even contemplate, so change the law it was!
Our first call was to Senator Bill Heath. Senator Heath had a bill drafted to fix the law and off I went to the Capitol in the beginning of 2020. While our bill didn’t go through the first time, for a number of reasons, I am forever grateful to Senator Heath! I learned so much from him about the legislative process and how to present our bill in committee hearings. I would never have been prepared without his guidance.
While at the Capitol, I was introduced to so many people, and perhaps most importantly, reintroduced to Representative Rick Williamsfrom Milledgeville. Rick’s family has 3 funeral homes in the Milledgeville area and many know I received my undergrad degree from GCSU. An extended member of his family even helped me in college one time when our heat went out on a Sunday! Rick went to bat for me time and again and fought so hard to make sure our bill got through this time. This was a perfect example of colleagues helping each other, not trying to cut the other down just to get an extra dollar. The funeral industry can be ruthless, but Rick saw me, a young female trying to grow her small, family business and stepped in with the backbone and influence I needed. There are no words that will ever be able to convey my appreciation for what he did for me. Our bill passed this session, the Governor signed it on May 4th, and shortly after my application was in the mail to the state board.
“Nothing in the world is worth having or worth doing unless it means effort, pain, difficulty”
This has taken over 4 years of hard work, stress, sleepless nights, tears, and maybe a few choice words to finally reach our goal. As of July 13, 2021, I can finally and officially say we are the FIRST funeral home in the State of Georgia to offer Human Aquamation!
For more information, visit https://www.miller-funeralhome.com/services/aquamation.